DesRosiers Architects was founded in Bloomfield Hills, Michigan by third-generation architect Louis DesRosiers with a vision for a full-service architectural firm dedicated to designing the finest custom homes available. The firm has created residences of distinction that seamlessly integrate into the natural environments around them for nearly 50 years, and architects from the DesRosiers family have been designing award-winning structures for more than a century.

We collaborate with you to bring remarkable architecture to life. From the most classic, traditional residences to modern and everything in between, our designs transcend singular styles. No matter the inspiration, we approach each project with a fresh perspective. We bring to life the vision that best fits each client’s goals and individual lifestyle.

Our work can be found in breathtaking, often waterfront, locations in Michigan and throughout the Great Lakes region, as well as scenic destinations across the nation, most notably Beverly Hills, California, Jupiter, Florida, Aspen and Telluride, Colorado. The firm has designed homes for titans of the automotive industry, professional musicians and athletes, as well as global business leaders.

Our projects have been featured in or on HGTV, Fox 2 Detroit, The Wall Street Journal, The Detroit News, The Detroit Free Press, Architect Magazine, Florida Design, Detroit Home Magazine, Worth Magazine and many more. Additionally, we have received hundreds of awards and recognition, and the firm holds the record for most Detroit Home Design Awards won.

The philosophy of the firm is to design structures that are refined, awe-inspiring and timeless. We believe in continually embracing the latest techniques, cutting-edge technologies and the finest materials known to man to produce work that is simply stunning. 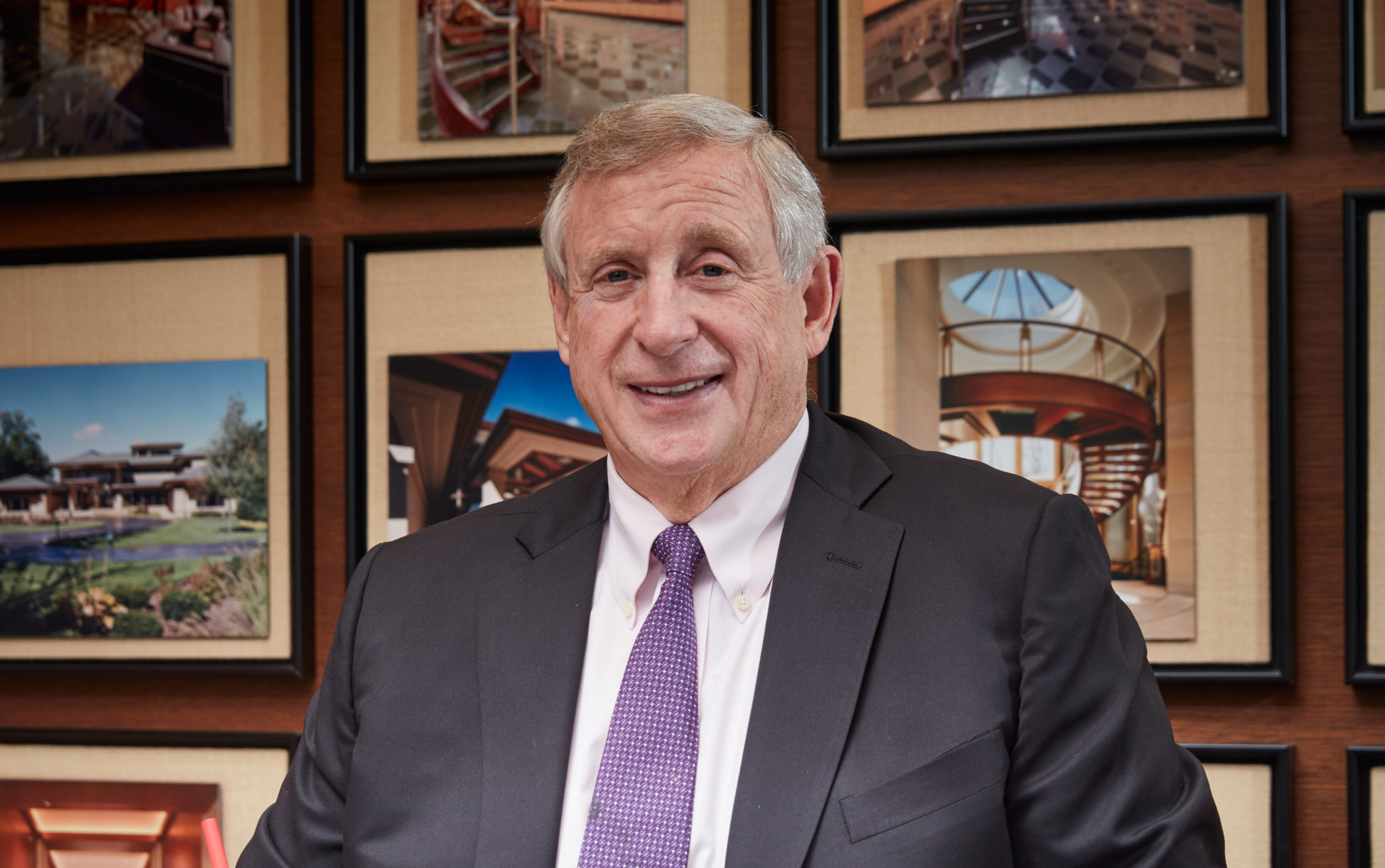 Lou DesRosiers was destined to be an architect. His grandfather and father were prominent practitioners of the craft, and they left legendary footsteps for him to follow. Lou’s father, Arthur DesRosiers, was a noted architect who designed and created many high profile projects including St. Hugo of the Hills Church in Bloomfield Hills, Michigan. Raised by his father and nurtured in and around architecture, Lou immersed himself in the field. After earning his Bachelor of Architecture degree from Lawrence Technical Institute, he designed and built his own 6,400 square foot residence in 1972, at the age of just 28.
And by built, we mean roll-up-your-sleeves construction as he was directly involved with every aspect of the house. He drove the bulldozer to excavate the land. He laid the block and field stone foundation. In short, he did it all, all the way to completion and the installation of the finish woodwork. By being on-site every day, he honed his craft, and had hands-on experience with every trade from the inside-out and the ground up. In 1974, he took all of his accumulated knowledge and founded DesRosiers Architects. The rest is history, but always with an eye on the future. Lou believes that his best is always yet to come. The next design, the next home will be the culmination of everything he has learned and experienced.
Lou is a firm believer in and lover of nature and natural surroundings. Each of his award-winning residences features a unique and ownable view of the environment. In addition to the best design, finest materials and latest technologies, a DesRosiers home will include a unique take on the world around it. Lou is the visionary leader and guiding force behind DesRosiers Architects, a firm that has been awarded more than 200 major design awards and chronicled by leading architecture media. 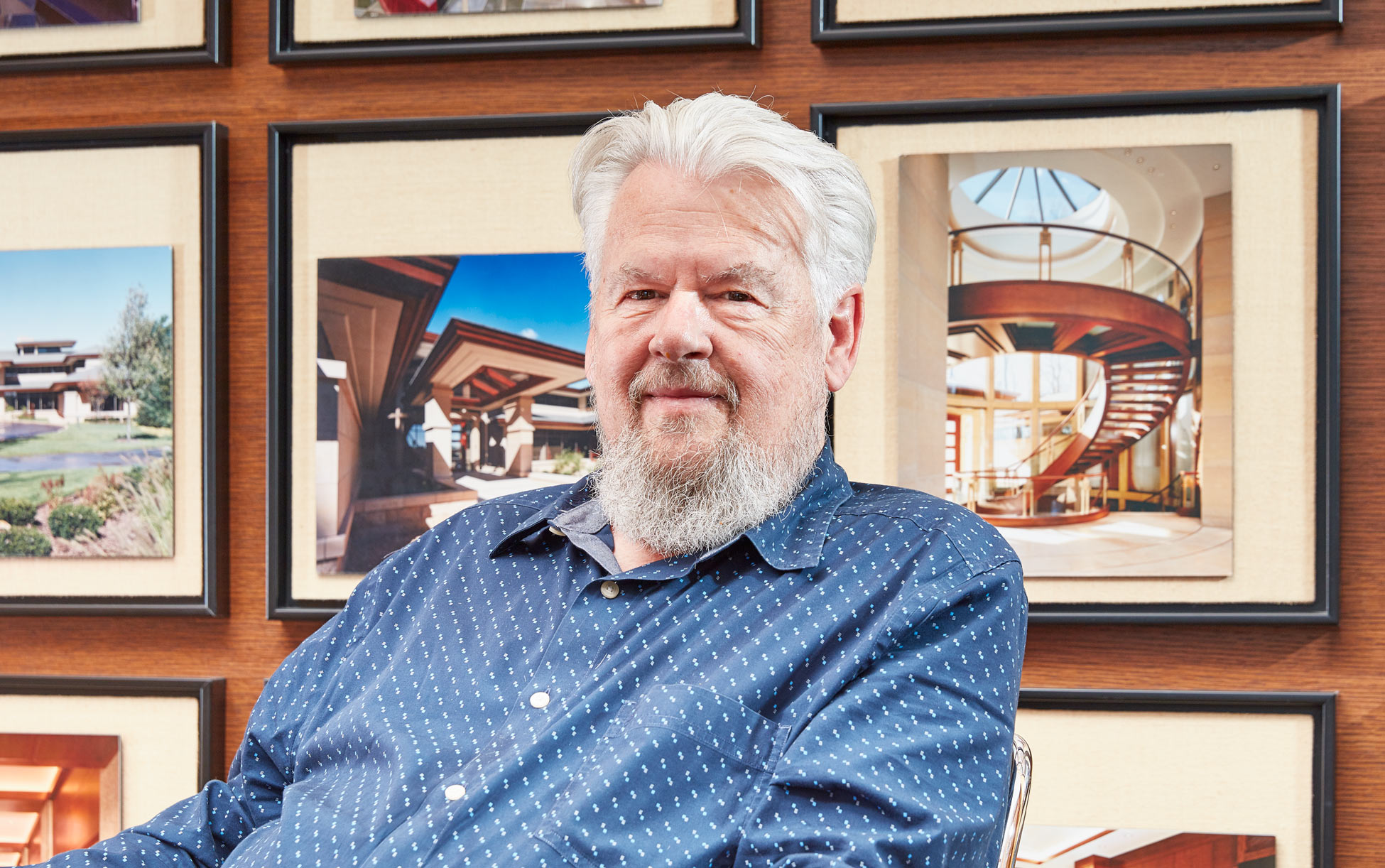 Richard is the Chief Project Architect and an indispensable member of the team. He holds a Bachelor of Architecture degree from the University of Michigan and is a Registered Architect. Prior to joining us, Richard worked for architectural firms in Montreal, Copenhagen, Vancouver and Detroit. He is also a nature advocate, having worked as a park planner for Huron Clinton Metroparks, where he initiated plans for the Detroit Riverwalk in 1976.
Additionally, Richard has designed bike trails throughout the Metropark system and produced Master Plans for new park developments, in many surrounding area parks and recreational areas. Since joining DesRosiers Architects in 1988, Richard has contributed his design and project management experience that spans more than three decades. 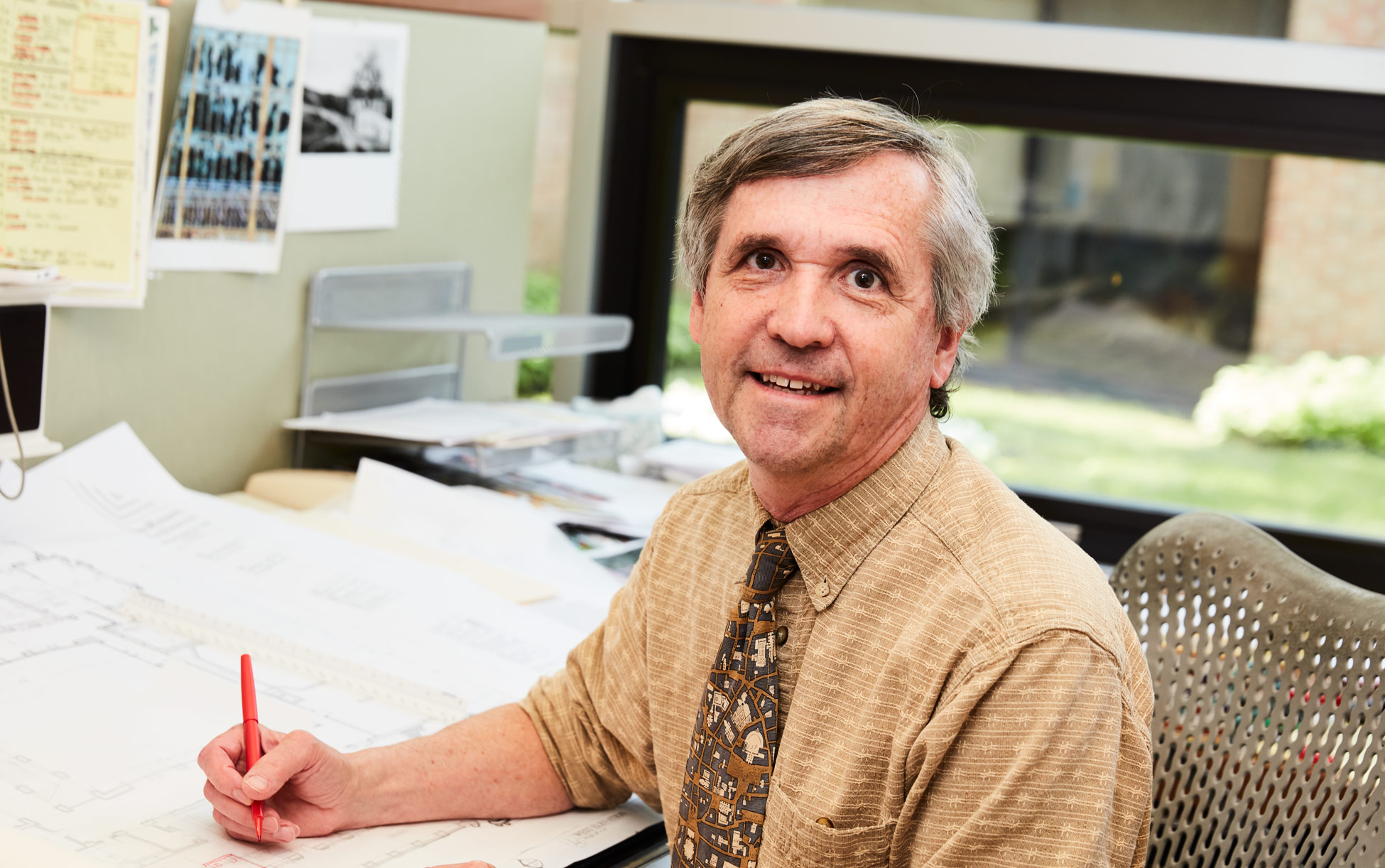 Chris brings more than 25 years of experience to the DesRosiers team. He is a graduate of the University of Michigan, holds a Masters of Architecture degree and is a Registered Architect in both California and Michigan. He worked at several high profile architecture firms in San Francisco and Colorado before returning to Michigan in 1995 to join DesRosiers Architects.
Chris has a wealth of knowledge and experience in design, construction drawings and field work. He is responsible for design, construction cocuments, project construction phase and coordination.

Marc joined DesRosiers Architects in 1989, and brings more than 30 years of experience as a lead designer and renderer. He is also a prolific artist, modeler and multi-media specialist. He earned a Bachelor of Science degree in Architecture, from Lawrence Technological University and is also a Registered Architect in the State of Michigan. Marc is a long time resident of Royal Oak, Michigan. 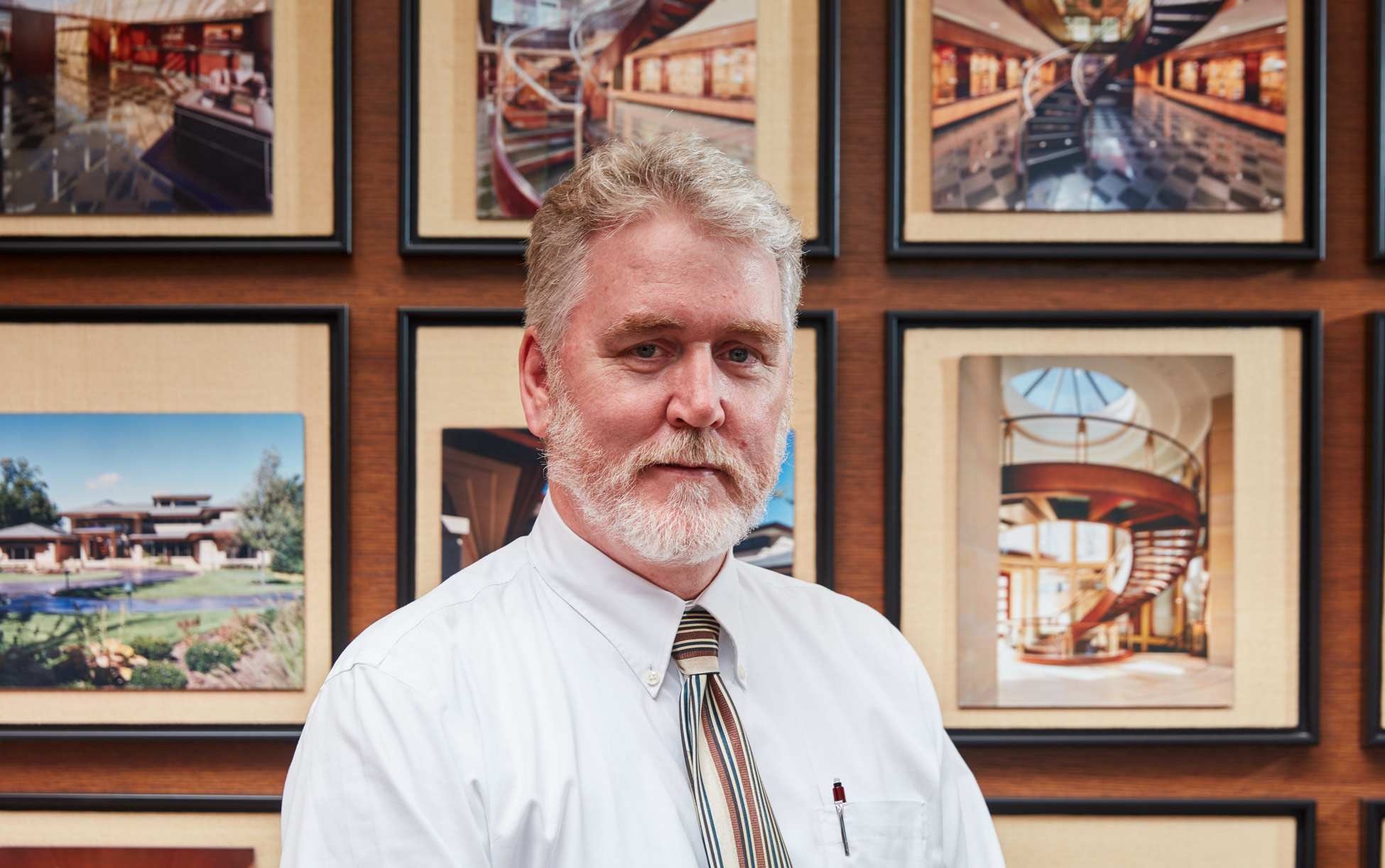 Dan is an important member of the DesRosiers Architects team, and an asset to our clients in his role as project coordinator on our residential projects. He brings in-depth experience, having previously managed his own design and drafting firm. The applied knowledge he has gained in the field over twenty years in all phases of architecture is invaluable. Dan resides in Waterford, Michigan, enjoys spending time with his family.