Commissioned by a client who was born and raised in Greece, the Beverly Hills House was inspired by the architecture of the Mediterranean Region. With its own stone rotunda, great hall filled with artifacts, and thoughtful design throughout, this house transports you to another time and place.

The rotunda is a very exciting feature. I wanted you to feel as though you were in Greece and had stumbled across something that could have been ancient ruins. Something both classic and timeless.
– Lou DesRosiers, Principal Architect

Designed around a single, ornate door right in the center, the skylit, stone rotunda is bisected by glass, with half of the structure indoors and half outdoors. Featuring a Koi-filled moat and a pure glass bridge without railings that you cross to enter the house, it gives the feeling of walking on water.

One expansive space contains the kitchen, dining area, phenomenal great room, and study separated only by columns and a two-sided stone fireplace. Combined with the giant arc of butted glass of more than 100 feet and a 180-degree view of the Los Angeles Basin and the Pacific Ocean beyond, this is truly a great room with nods to their Greek heritage, such as quatrefoil shapes in the windows.

At the back of the house, the curved veranda with 12-foot overhangs provides protection from the sun and shade if desired. The pool sits up on a plateau with a spa and a view that is unmatched. Inherently modern and livable, the house defies classification, but could be referred to as 21st Century Greek revival. 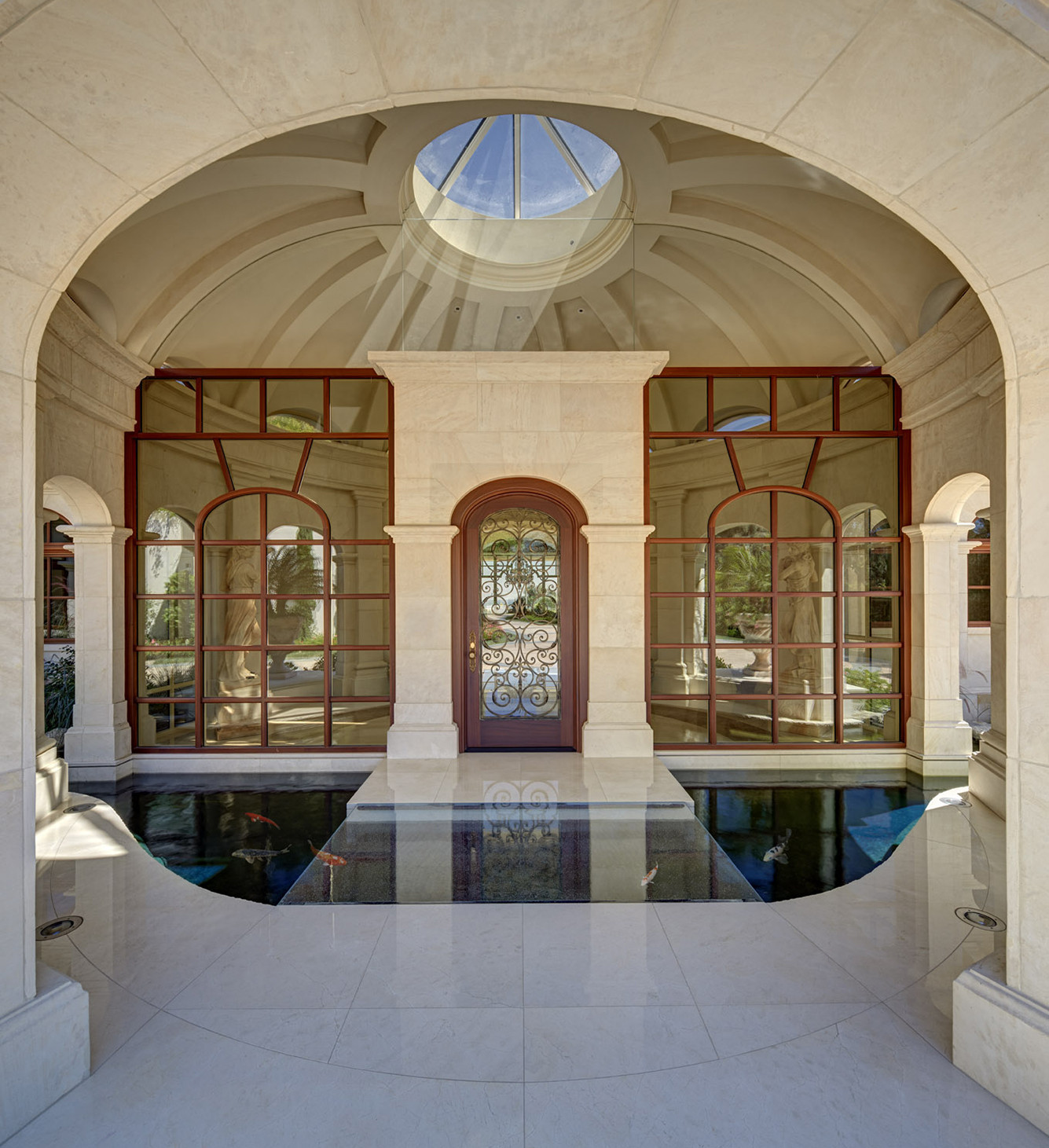 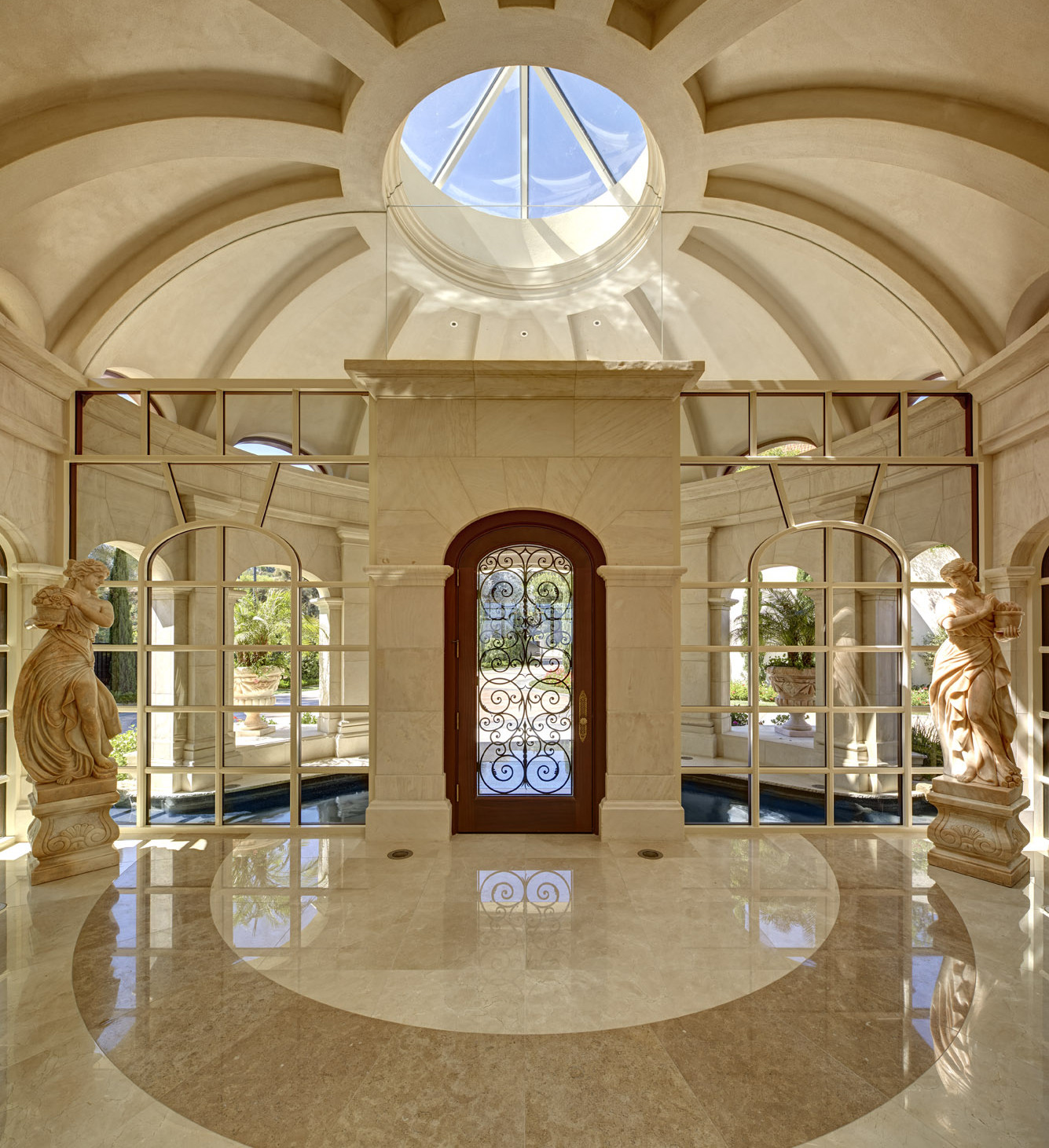 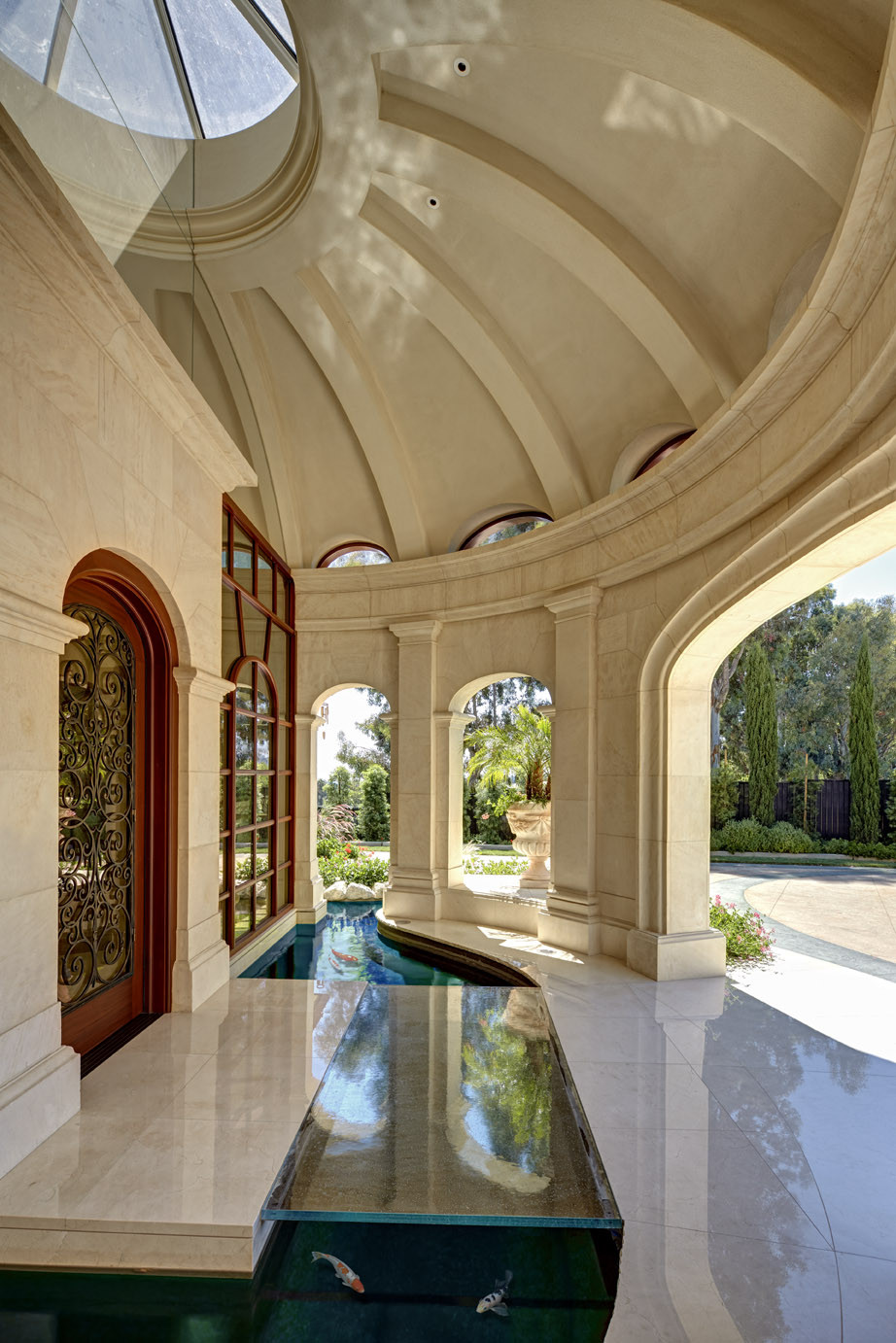 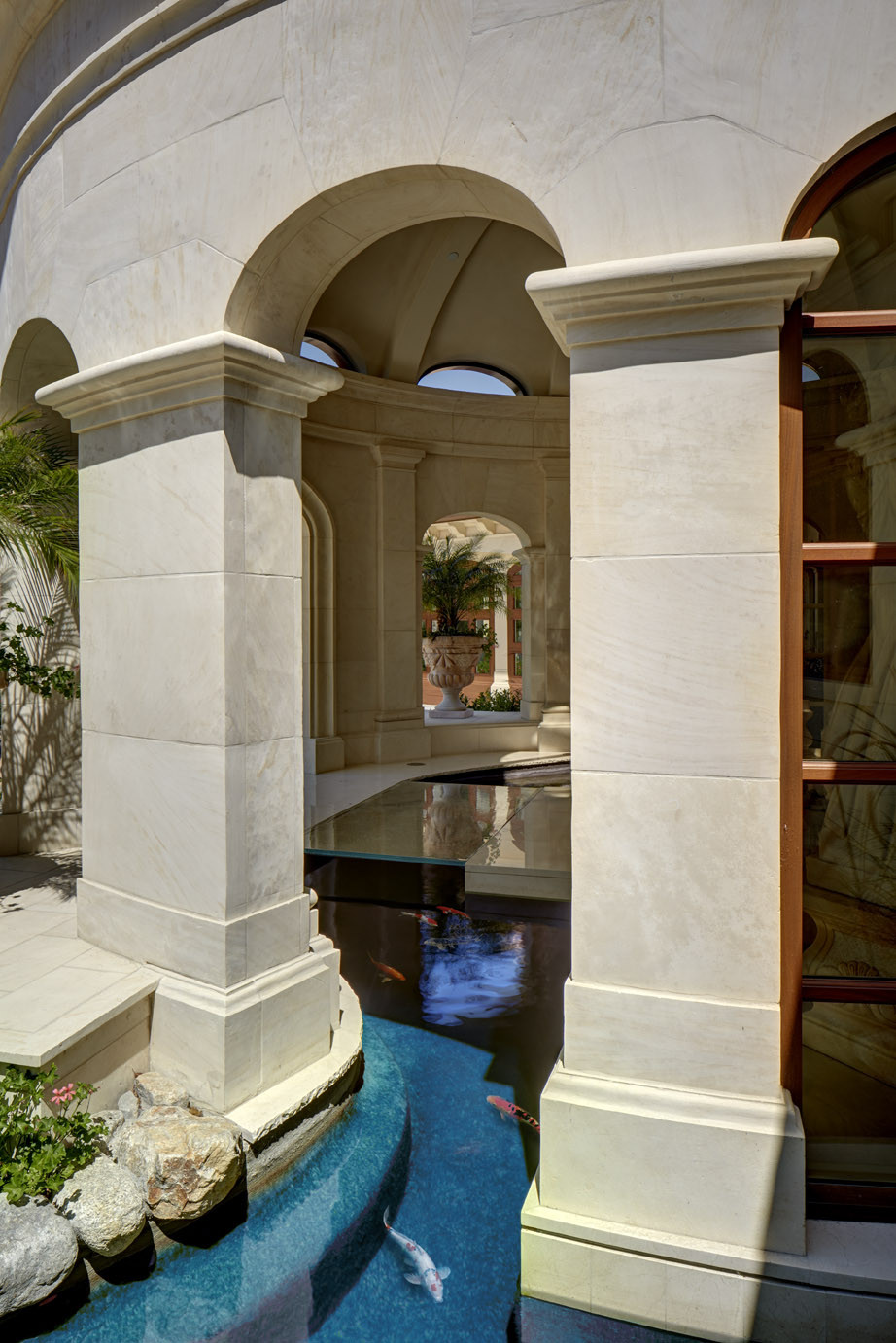 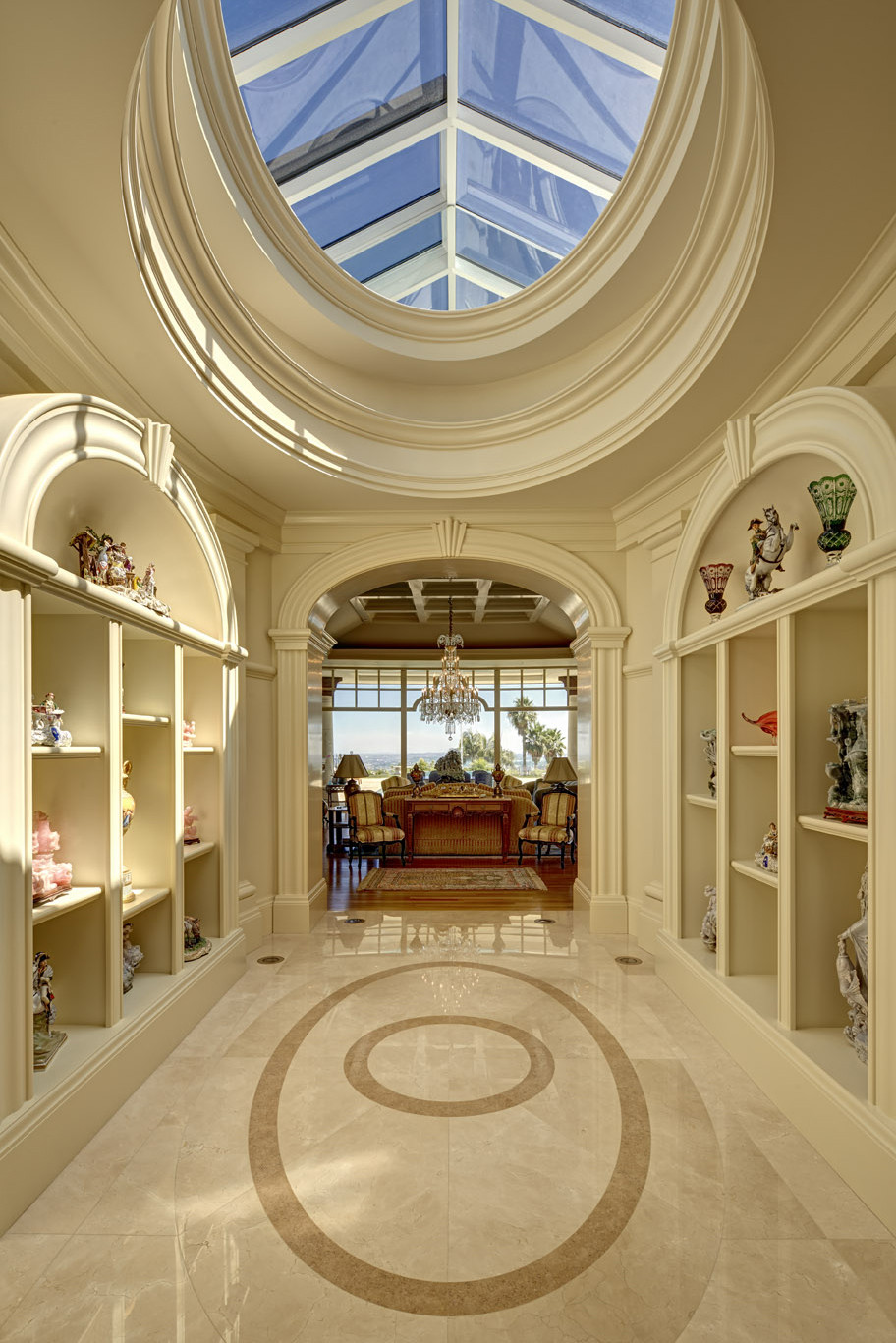 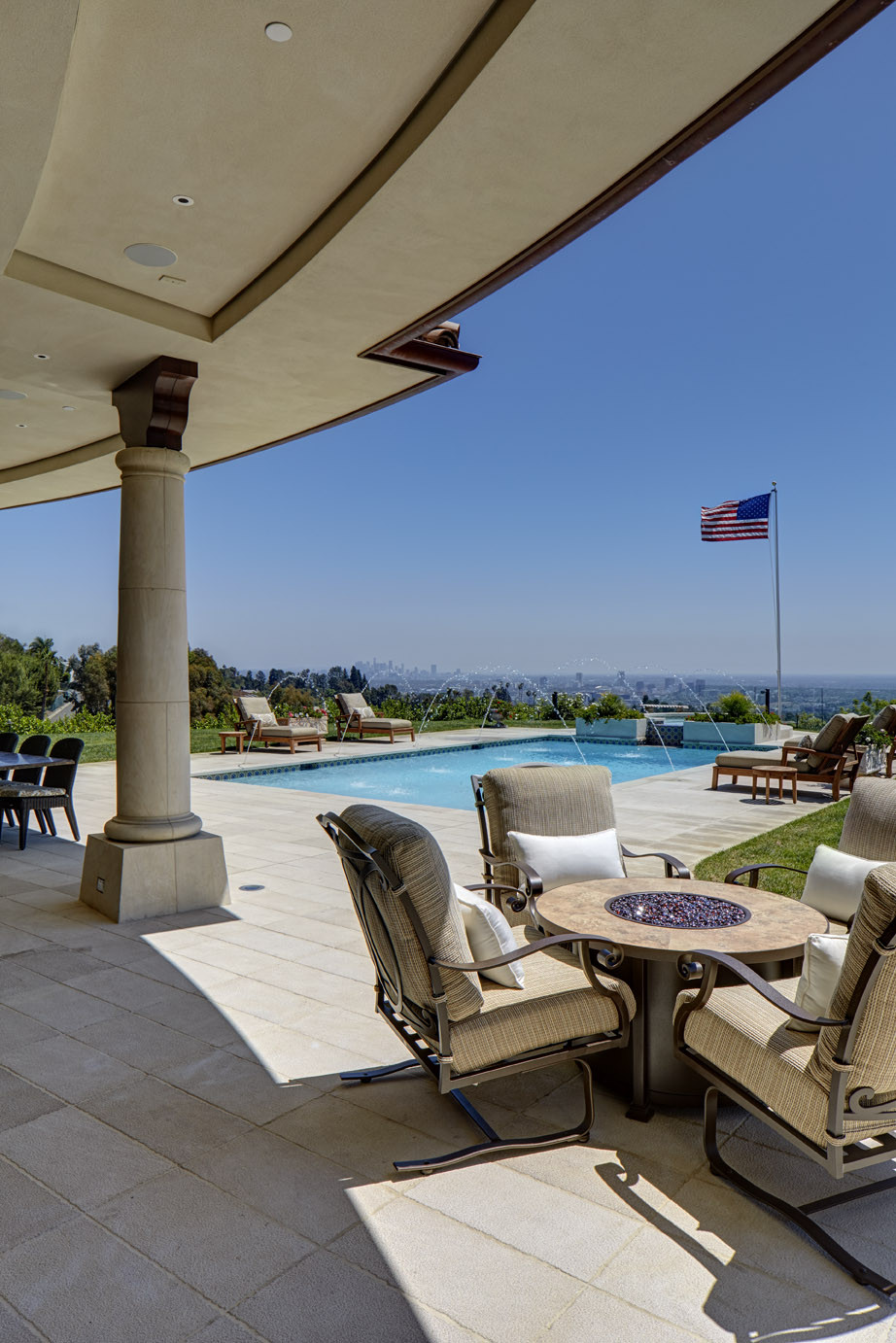 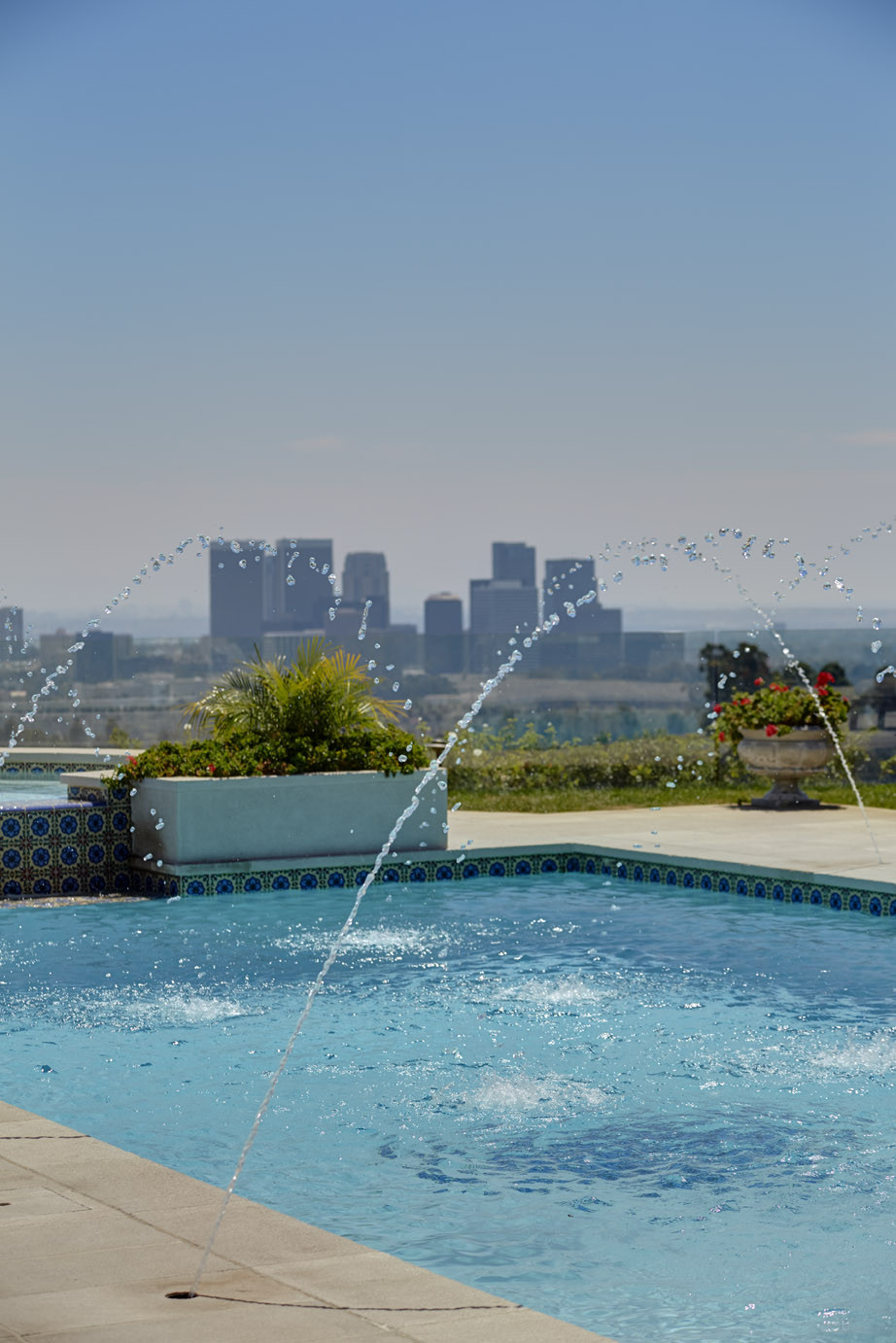 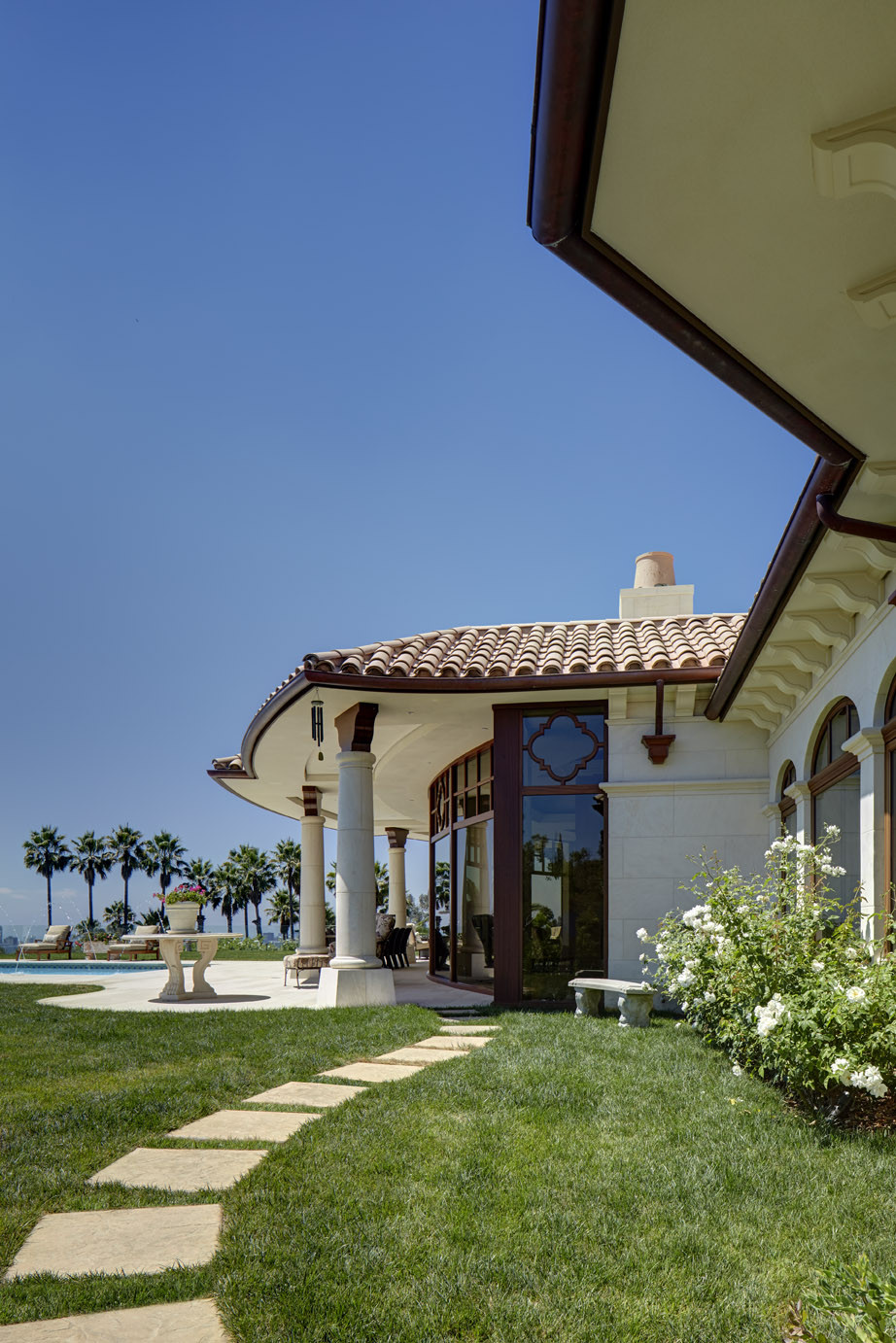