Lou DesRosiers, below, president of DesRosiers Architects in Bloomfield Hills, designed his personal retreat with his wife, JoJo, to make the most of the sweeping water vistas. The couple, who have been married for 54 years, worked on the interiors of the award-winning Leelanau Peninsula home to create custom spaces like the kitchen and bath overlooking Lake Michigan, the Manitou Islands, and Good Harbor Bay. “The whole house was designed around the views,” DesRosiers says. “We wanted every room to showcase them.”

Butt-glass windows deliver unobstructed views, including the architect’s favorite scene: two lighthouses that determined where the house would be sited between the islands. The kitchen has great views from the sink and the island, and it’s completely open to the great room, where the couple and any guests can watch TV or sit at the dining table. “We can do puzzles, read, work, or watch a football game, and we’re all able to communicate with each other,” DesRosiers says. “It all comes from this idea: Whenever we went to a party, everybody ended up in the kitchen. I decided to put the kitchen in the party.”

Besides, he adds, “JoJo cooks a lot, so the kitchen is the core of the home. Everybody goes there morning, noon, and night.”

The space has the same radiant heat on the granite countertop as the wood floors. “It’s not a huge kitchen, it’s just very functional,” DesRosiers says. And he says it has the one feature JoJo always wanted: a Scotsman icemaker for crystal-clear cubes.

A walk-through pantry keeps equipment tucked away. “We didn’t want it to look like a kitchen in a corner. It almost looks like a library,” he says.

Ribbon-cut mahogany trim adds warmth. “When you’re on the lake for all four seasons, you want your home to be warm and cozy,” DesRosiers says. The same goes for the master suite, where Crema Marfil marble with chocolate travertine accents covers the walls and the floor, and a bathtub bay captures dramatic views, whether it’s a snowstorm or a sunset over the bay beyond.

A wide pocket door opens to the master suite, ensuring sound privacy for the spouse who may be sleeping in. “It’s very casual,” DesRosiers says. “We didn’t want any swing doors hanging around, and it offers more views of the lake.”

“My homes are always about views,” Lou DesRosiers says, “whether it’s a tree or the way the sun casts a shadow.” New technology allows for expansive glass, like the windows in the kitchen and bath, where the goal for this architect was to keep the experience open, rather than confined. In a kitchen, people spend a lot of time at the sink, so he likes to put in a big window without any mullions in front of it. “People like to feel like they’re outdoors, so we’re always trying to bring the outdoors in,” he explains. In a bathroom, he prefers to put the tub in the most practical, functional, and advantageous location, with silent motorized blinds on the windows. “You can usually find a little bit more of a private view, even in an urban environment,” DesRosiers says. — JM

Lou and JoJo DesRosiers’ favorite times at their Leelanau Peninsula home are spent overlooking the ever-changing lake. “There’s no end to it, whether you’re inside or outside, or swimming, or picking up Petoskey stones,” the architect says. “Sometimes we just sit and watch the sunset. There’s a glow on the water. The Great Lakes change color all the time, from Caribbean blue to royal blue, and black, and gray.

“We’re never bored there,” he continues. “You feel like you’re living on a pier or a ship.”

The couple’s retreat was a great place to be during the lockdown. “If there’s any place I’d like to be in a pandemic, it’s there,” DesRosiers says. “JoJo and I have a rule. If we’re going to stay somewhere else, it has to be more beautiful than where we live.” Needless to say, they rarely travel. — JM 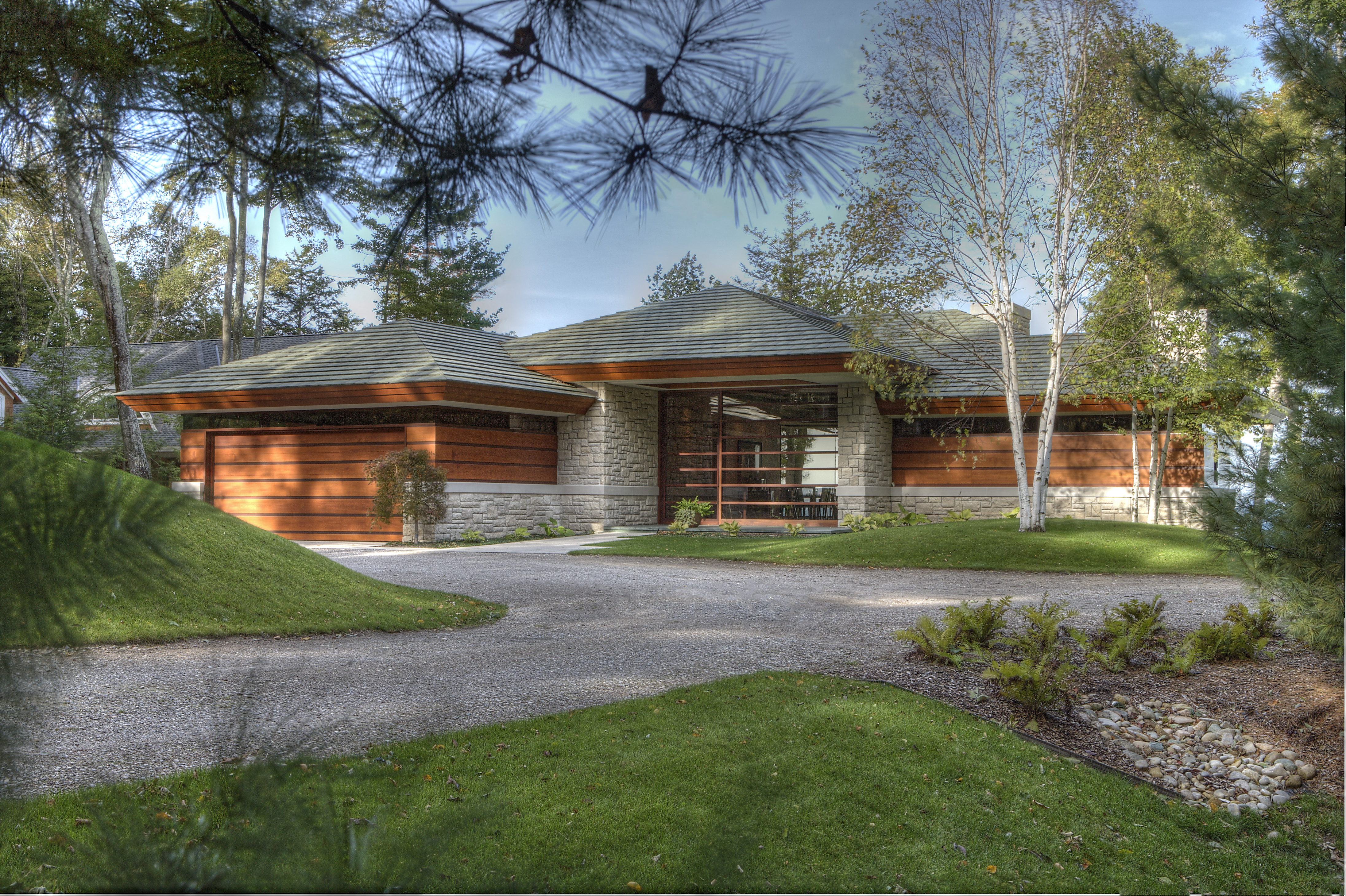 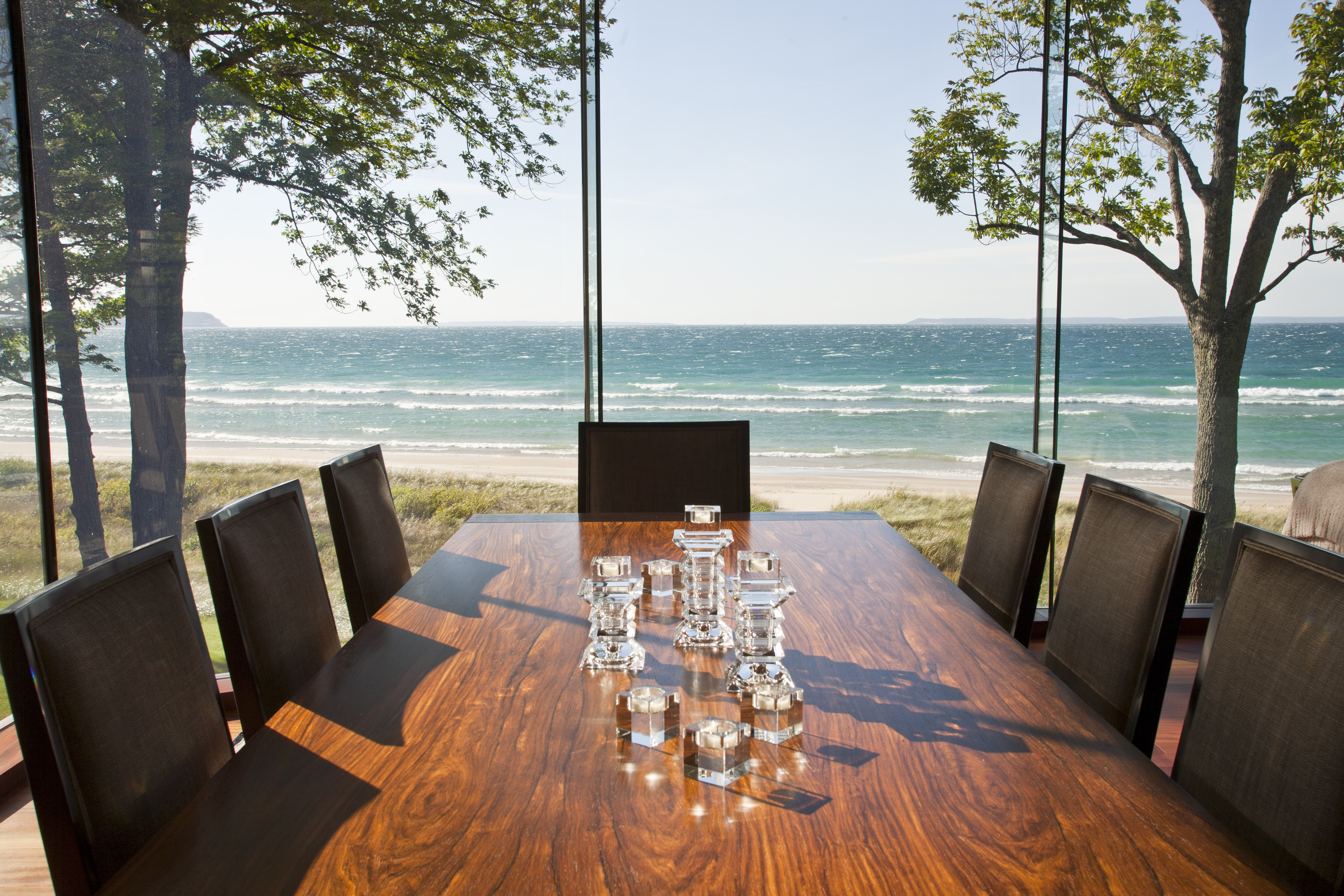 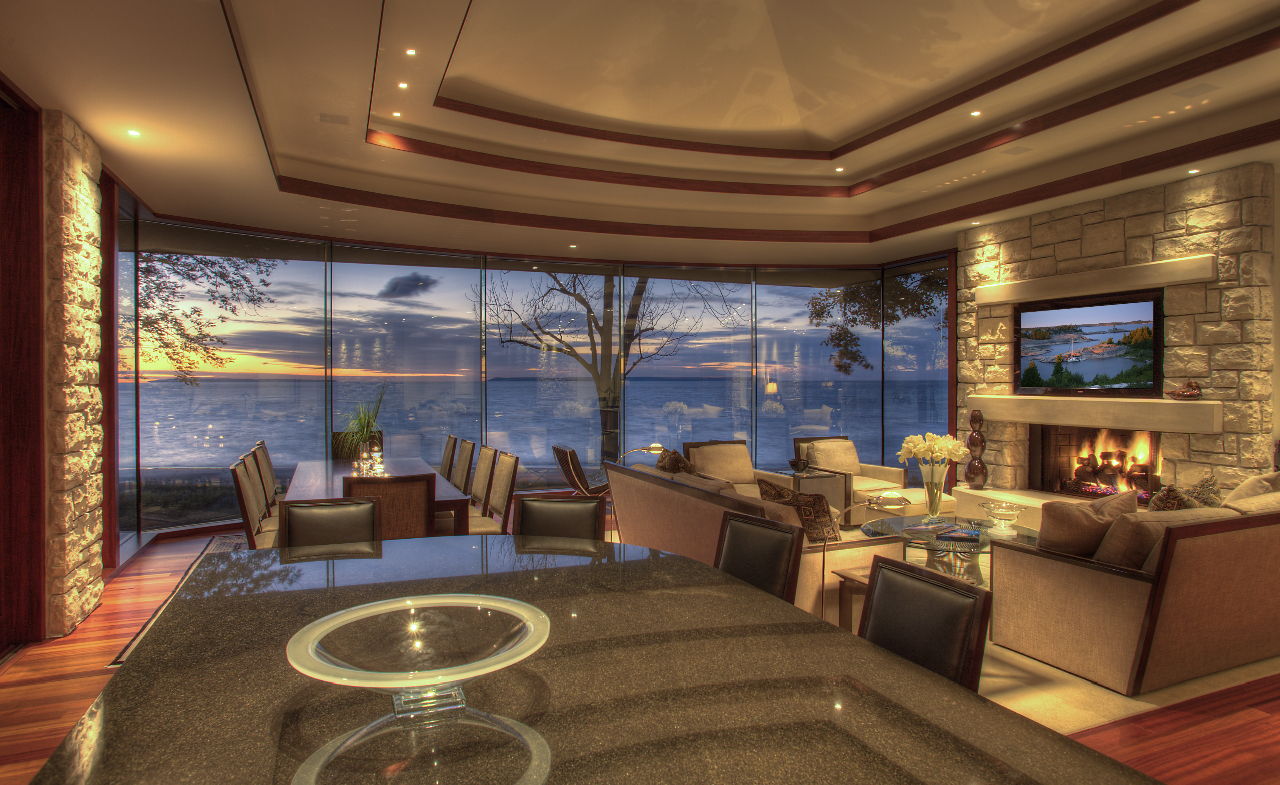 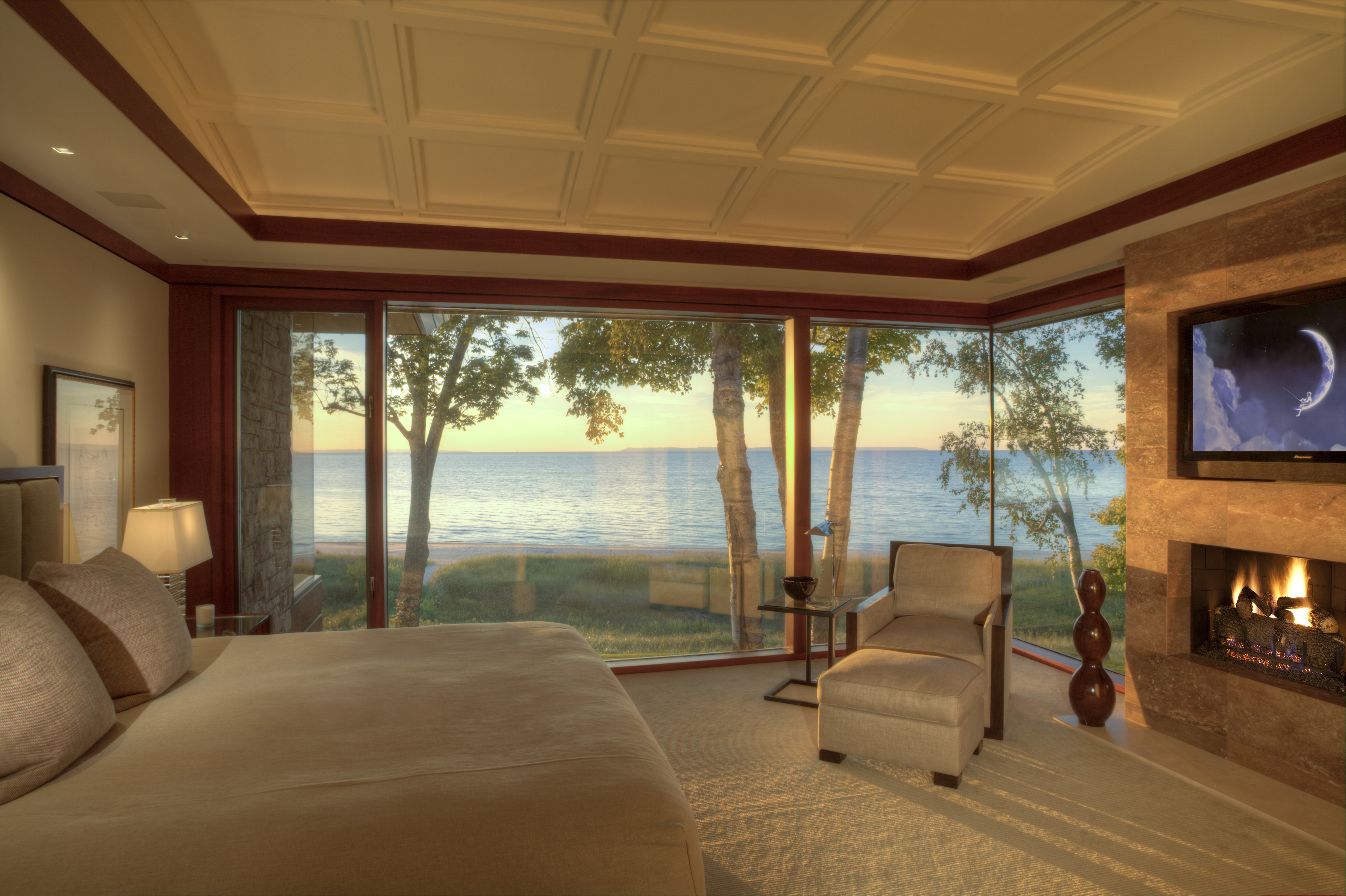