hometownlife.com - December 2018
A natatorium designed by Louis DesRosiers is more than just an enclosed swimming pool.

It’s a “wonderful place to visit,” even if you’re just lounging poolside.

“Our pools are an integral part of the design of the house. They are a part of house just as much as your family room or master bedroom,” said the Bloomfield Hills architect, during a recent phone interview. “They’re incorporated into the design of the building.”

HGTV fans can take a closer look at indoor pools, including one designed by DesRosiers Architects, at 6 p.m. Tuesday, Jan. 1. The special show “Pool in My House” will spotlight 10-12 indoor pools.

This isn’t the first time HGTV has featured DesRosiers Architects. A garage the firm designed at a home in Clinton Township took the top spot in a 2010 HGTV show called “HGTV’s Top 10 Garages.”

In a press release about the upcoming show, Jacob Ulrich, producer with HGTV’s parent company Alibi Entertainment stated, “This was a very long process, but the DesRosiers’ pool stood out from so many others we reviewed. With so many beautiful elements shining through, it is just a stunning pool that leaves you amazed.”

DesRosiers Architects designed the house with a natatorium and an outdoor pool nearly two decades ago. The property is located along the Cass Lake shore in Orchard Lake Village.

“The minute I’m in there I’m swimming. I don’t lounge, I just swim. I have an outdoor pool, too. When you swim as your exercise on a regular basis you have to have both pools. You can’t swim outside in the winter and in the summer you won’t want to swim inside if you can have an outdoor pool.”

Sixty percent of DesRosiers’ clients want indoor/outdoor pools with glass doors that open to let in breeze during the summer and that can be shut tight during the winter. Forty percent want outdoor pools. Only two clients, including Lipson, have asked for both an indoor and an outdoor pool. Seventy percent of the indoor pools are incorporated into the original design of the house. Some are added during renovation work.

Lipson described his natatorium as “beautiful” and a “very nice room.” It can be seen for a few seconds around the 3-minute 20-second mark in Eminem’s video “Like Toy Soldiers.”

Lipson was on hand for the HGTV recording last summer and says he’ll likely watch the show on New Year’s Day. He said the camera crew also recorded in an adjacent room that looks out onto the pool.

“He collected Cunningham’s (drug store) memorabilia and we duplicated their soda fountain,” DesRosiers described the adjacent space. “It has three portholes you can look through at the back of the soda fountain. So, if you’re sitting at the counter having a soda, you’re looking into the pool.”

Tropical environment
The pool incorporates a spa and measures 50 feet by 18 feet. It’s about 10 feet longer than most of the pools the firm designs. It’s 5-feet deep at its center. The surrounding room has a tropical feel and incorporates elements of art deco design.

“I wanted to make it as classy as I could, to be practical but also exciting architecturally,” DesRosiers said.

He generally tries to orient indoor pools to the west and south in order to bring in as much natural light as possible. His challenge with Lipson’s pool was that it faces north and is part of the basement walk-out level.

“I was surrounded by three sides of earth. It’s a walk-out lower level,” DesRosiers said. “I pulled the basement wall away from the upper wall of the house and in that opening I put a big skylight, the entire length of the swimming pool because I knew that faced west and that I would get the direct sun rays coming into the pool itself, penetrating the space.

“That was important to me because I think human beings love to have natural sun, feel the sun, see the sun shining through when they are swimming. We worked hard at that,”

Prismatic glass columns glow with a soft aqua-green light on both sides of the pool and four 8-foot, custom-designed glass lights are set in the high ceiling. A wall mirror at one end of the natatorium reflects an “endless view” of the pool and Cass Lake beyond.

“It’s contemporary but it has a softness to it and it’s the columns that do that,” he said. “One of my things is that no matter how grand and expansive I do any of my architecture, it always must have an important human trait, which is that feeling of being cozy. I want you to feel cozy, warm, comfortable. I don’t want it to be sterile.

DesRosiers plans to watch “Pool in My House.” He hopes that HGTV viewers realize the pool is “set in architectural design, and it’s not only functional but extremely well thought out.” 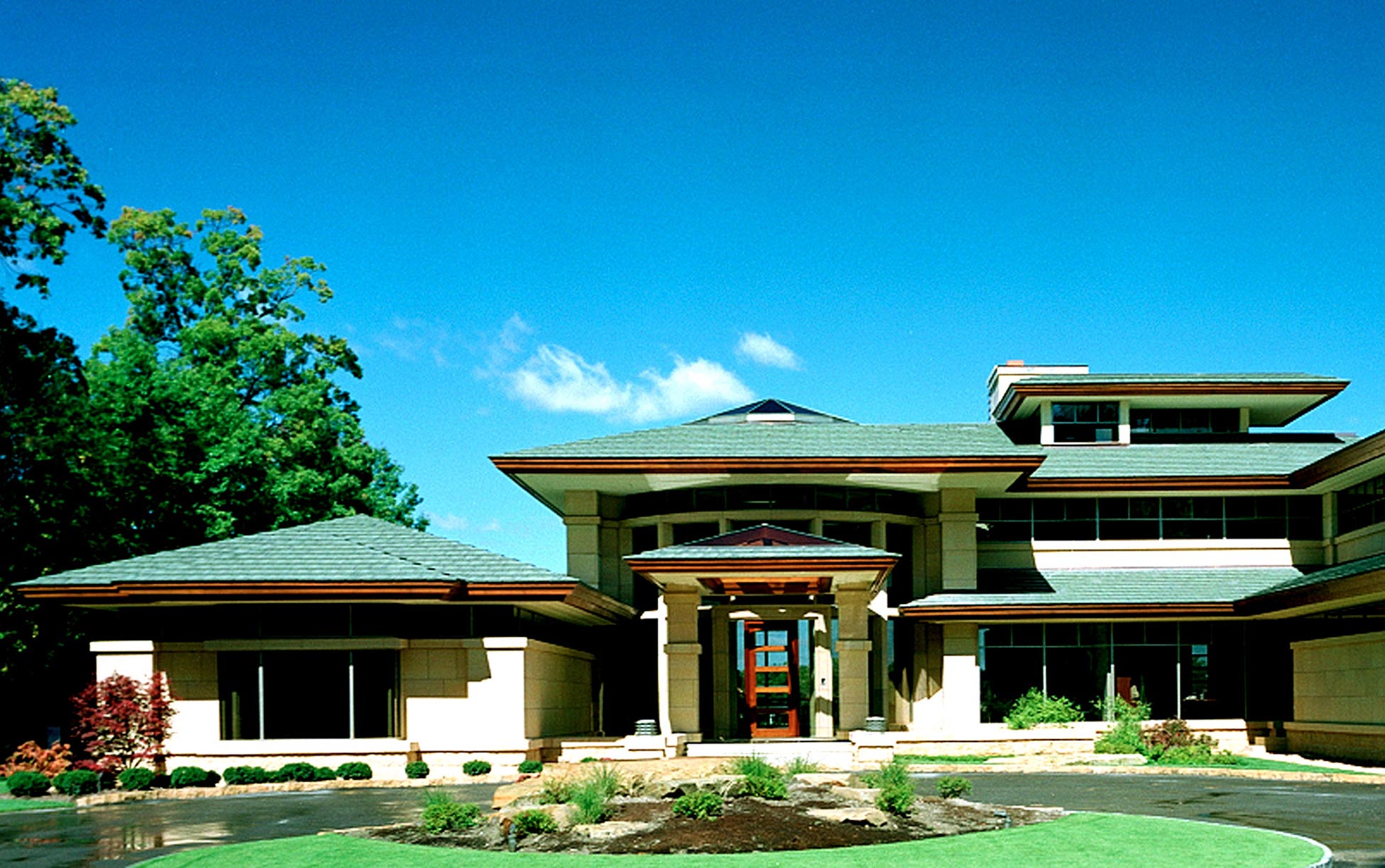 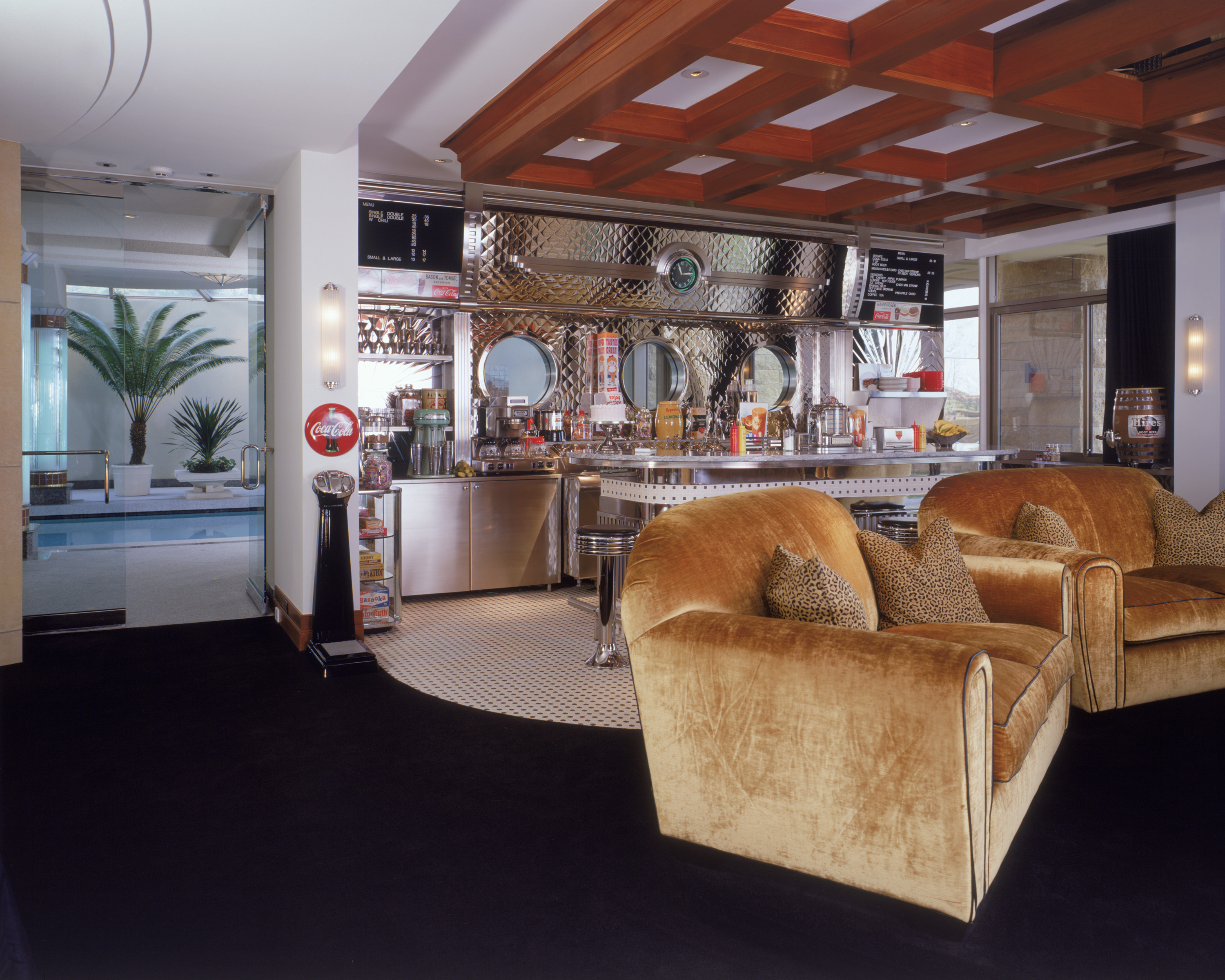 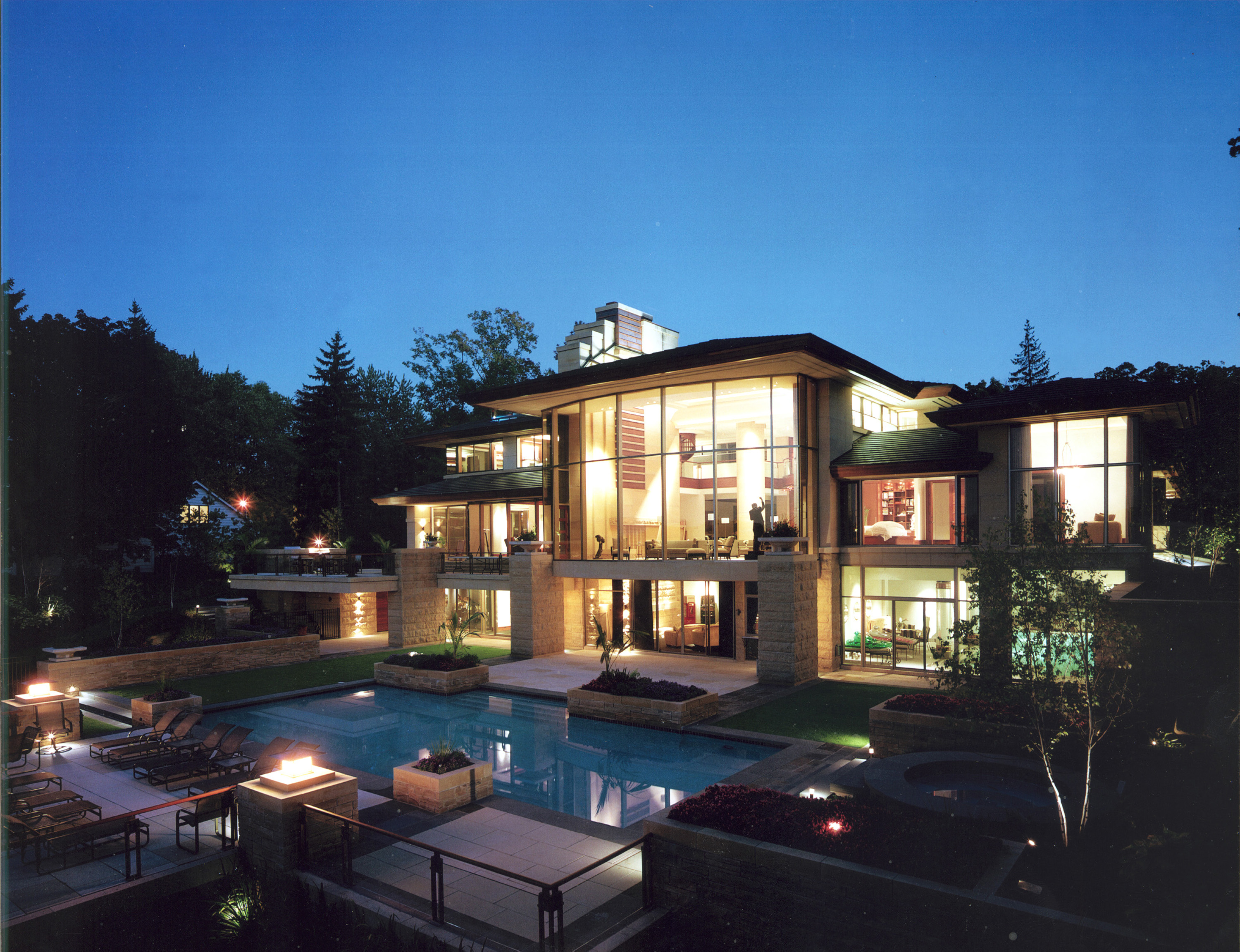