Chip Off the Old Block – When you walk into a DesRosiers building, the ‘wow factor’ is there

Signature 48301 - April 2007
For Bloomfield Hills architect, building is in his blood

Louis DesRosiers was discovering architecture at the age most kids are playing with Legos. His father, Arthur DesRosiers, was the architect who designed the internationally acclaimed St. Hugo of the Hills Catholic Church in Bloomfield Hills, and was a local icon in the field of ecclesiastical institutions. His mother passed away when he was 2, and young Louis accompanied his dad to all sorts of architectural sites.

“We would go to all these churches all over Michigan. He was 54 years older [than his son], so it was like being with your grandfather,” DesRosiers says. (Which just as well could have been true — DesRosiers’ grandfather was an architect, too.)

“The most inspiring thing was when I’d see him do these sketches, and wouldn’t think much of it until all of a sudden, I’m at the real building, hugging the columns,” he says. “That’s the most exciting part of the profession — to create something from your mind, transfer it to paper and then have it become a reality.

Today, DesRosiers, 62, is bringing his own visions to reality. He has created some of the most innovative residential design in metro Detroit, as well as distinguished commercial projects, such as Northern Trust Bank in Bloomfield Hills, and Bloomfield Honda and Penske International Headquarters, in Bloomfield Township.

“We’re a very multi-faceted firm,” he says of DesRosiers Architects, which employs 11 people, including five registered architects. His award-winning projects, which span the country, have been featured in numerous local and national publications.

While many architects have a signature style, DesRosiers offers a diverse selection instead, ranging from traditional and contemporary to transitional. Executive Vice President, Al Paas, who has been with the firm for 23 years, says it’s DesRosiers’ attention to the details that separates his work from that of others in the field.

In addition to starting buildings from scratch, the architect undertakes extensive renovations, as he did with his new Bloomfield Hills office building on Woodward Avenue north of Maple Road. And if his commercial projects are as beautiful and comfortable as his homes, there’s a reason. Whether he’s creating a lakefront estate or an office building, he believes visitors should be excited every time they enter. As Paas says, “when you walk into a DesRosiers building, the ‘wow factor’ is there.” 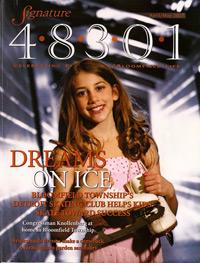 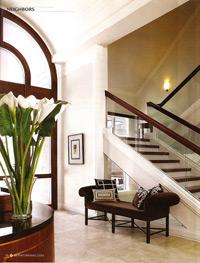 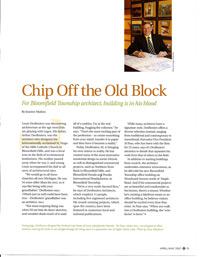